In support of Kids making achievements globally, "Kids Working Holiday in KidZania Kuala Lumpur" was implemented. Six kids were selected to participate from a large number of applicants and this is their tour report.

KidZania Kuala Lumpur is located in a suburban shopping mall, away from the city center's Twin Towers landmark of the Malaysian capital, Kuala Lumpur. Where the tip of an airplane protrudes out of the building is KidZania Kuala Lumpur! Strap on a bracelet, receive 50 kidzos, and head into the city. There were lots of school groups present on the day of our visit! A sports exhibition was also being held and the city was overflowing with excitement like a downtown festival. With that said, let's get to it. There are 6 types of establishment that you can make reservations for : "AIRASIA FLIGHT SIMULATOR", "PHARMANIAGA CITREX VITAMIN RESEARCH CENTRE", "VITAGEN MILK FACTORY", "POLICE STATION", "MCDONALD'S BURGER SHOP" and "FIRE STATION" (as of August 2017)丂Since there are several times for accepting reservations, those who can not make a reservation in the morning also have a chance to reserve at the reception in the afternoon. Activities that can not be reserved have a "Queue line" in front of the establishment. For establishment of up to 6 participants at a time, 6 squares are displayed where you can line up. Staff will inform you of the wait time before the next Activity, so listen for the time and decide to wait or go somewhere else.

仸At KidZania Kuala Lumpur, each establishment has a set number of kidZos. Pay attention, regardless of whether it's a job or a service, for the amount to pay or receive!

With no further delay, let's introduce the establishment recommended by our tour members.
仸Grade levels are as of August 2017.

Everyone be sure to use these recommendations! 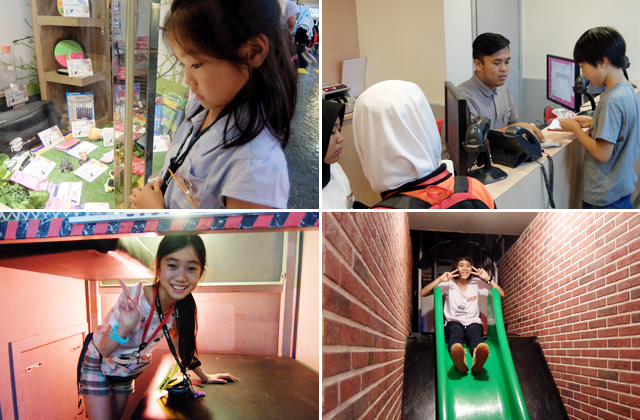 For mementos, make a "bank card" at the Bank. Shop at the Department Store. Department Store items seem a bit expensive. Also, you can enjoy attractions such as climbing a ladder and going down a slide through a narrow passage as you go to check air-conditioning equipment in the "Air Conditioning System". Pictures taken during jobs can be purchased with Malaysian Ringgit currency. By placing your bracelet to a monitor, you can see the photos of everyone who entered with you, which is convenient. At the National Store you can purchase Twin Tower magnets exclusive to KidZania Kuala Lumpur. 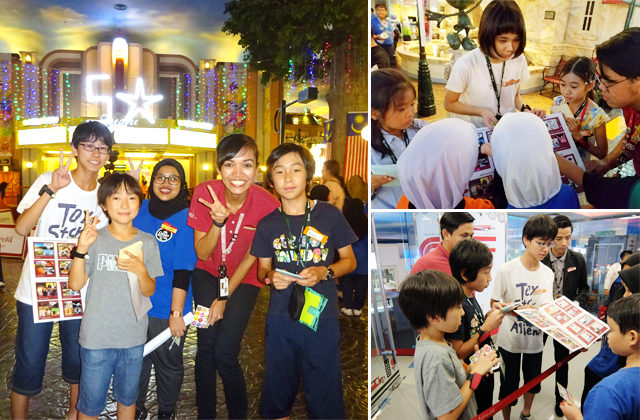 Also, as a working holiday special project, we conducted a questionnaire on the theme of "What is your interest in Japan?" with the guests of KidZania Kuala Lumpur. 102 people answered 16 topics such as Japanese food, martial arts, traditional culture and kimono. The result is 1st place: Japanese food, 2nd place: sweets, 3rd place sightseeing. Japanese food, was popular, especially sushi and takoyaki. Communication in English was difficult with small children who came in a school groups, but body language and the staff of KidZania Kuala Lumpur helped to communicate! 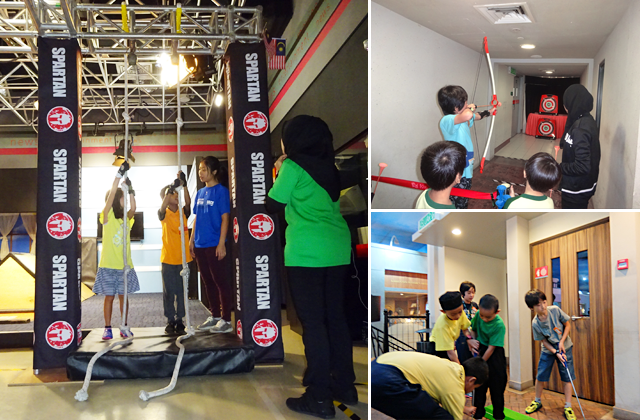 Also in KidZania Kuala Lumpur, sports events were held in accordance with the local "Southeast Asia General Game Tournament". We were able to experience things such as archery and obstacle competitions which are not usually available. There were plenty of opportunities to play between jobs and it was enjoyable even when crowded. 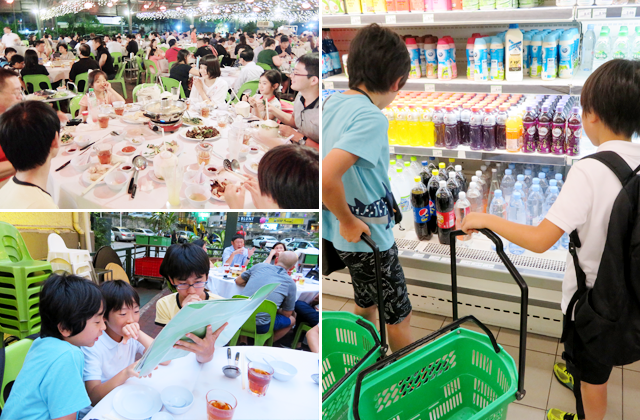 In Kuala Lumpur you can eat a variety of dishes, mainly Malay, Chinese and Indian dishes. We ate Chinese noodle dish "steamboat" and nyoña, which is a Chinese dish with Malaysian ingredients

When speaking of Kuala Lumpur, think of Twin Towers! Malaysia's state-owned oil company Petronas built them in the image of an Islamic style mosque. We took photos in front of the towers and went shopping at the supermarket inside for drinks and gummy candy

We went to Firefly Park in Kuala Selangor about 1 hour from KidZania Kuala Lumpur. We took a private boat and appreciated fireflies. Fireflies are smaller than fireflies in Japan and could be seen blinking with soft lights like a Christmas tree. 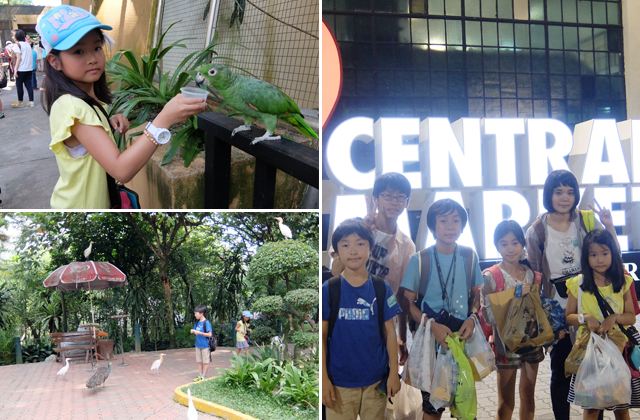 More than 3,000 birds such as peacocks and parrots fly freely around the vast park. Most birds are not caged, so we took pictures and enjoyed feeding them. We saw what appeared to be a wild monkey.