In commemoration of KidZania Tokyo's 10th Anniversary, kids striving to impact their global future participated in "Kids Working Holiday in KidZania Seoul", an overseas work experience held from Saturday, October 8, 2016 to Monday, October 10, 2016. Five participants were selected by their written compositions and an interview process. Of the 3 girls and 2 boys selected, it was the first trip out of Japan for 3 of the 5 participants. This report details the experiences of these kids in their overseas work experience at KidZania Seoul.

About two and a half hours by airplane from Tokyo, they arrived at Gimpo International Airport in Seoul, South Korea. KidZania Seoul is located in the suburbs of Seoul known as Jamsil.

At KidZania Seoul, staffs who are fluent in Japanese showed them around the facility and gave a lecture about how they conduct things. Activities are not able to be booked as they are in Japan using a Job Schedule Card Information regarding the time, capacity, and kidZosÅ¶ are displayed near the entrance of each establishment and kids are seated on a bench according to number. When there are more than 6 people seated at establishments that accept up to 6 people, the remaining kids will begin at the next activity start time. In general, the establishment information is displayed in Hangul language, but the City Map and some important park information is displayed in English, also featuring images that are easy to understand.
Å¶KidZania Seoul implements a - or + kidZos system for establishments. Be careful because not all service establishments pay kidZos! 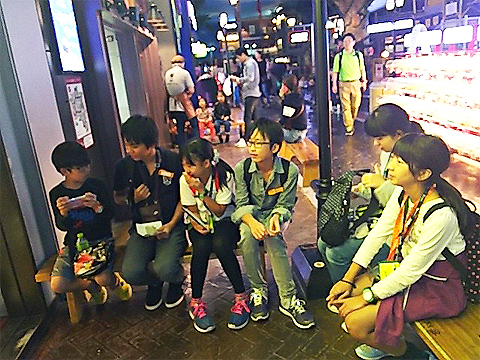 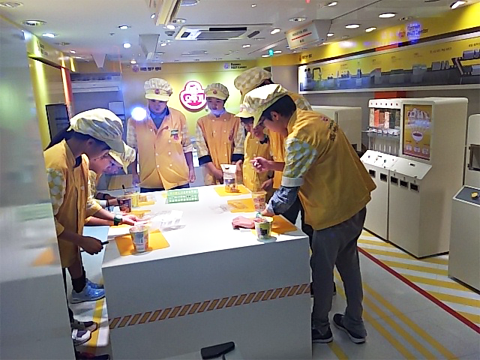 From the 2nd Shift of Day 1 to the 1st Shift of Day 2, they were able to experience about 10 to 15 different activities at KidZania Seoul. Although they did not understand the Hangul language, the food and sports establishments contained easily understandable contents. Below, the participants will share their recommendations of enjoyable establishments.

Surprisingly, all girl's first choice was KZ SFTC. This military training experience is not available at KidZania Tokyo or KidZania Koshien, The activity produces an amazing sense of physical excitement due to its realistic nature. This establishment ranks superior due to it's balance of reality and excitement, and we highly recommend you to try it!

On the evening of Day 2, with the help of Kidzania Seoul staff, we conducted a survey of the South Korean children at KidZania Seoul entitled "What are you interested in Japan?" Sixteen different items which included food, martial arts, and traditional culture were presented to a total of 92 people. Japanese diet ranked 1st place in responses, tourism was 2nd, and the 4 seasons ranked 3rd. In regards to Japanese food, it seems sushi is having a big boom. For those who plan to visit South Korea, be sure to utilize this information to strike up good conversations with the people there! 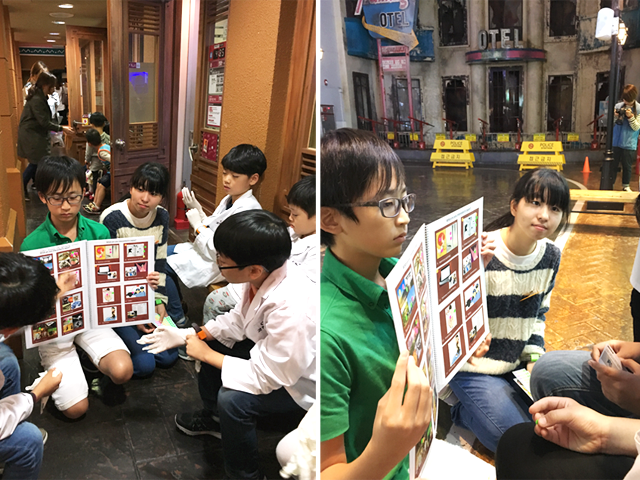 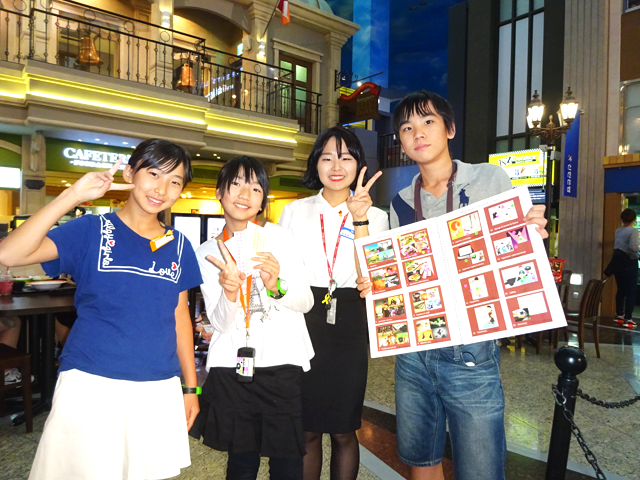 This tour was based around KidZania Seoul, but in hopes that it would also broaden their knowledge of Korean culture through daily life, sightseeing, and trying original local foods. While some Korean foods such as bibimba and bulgogi are popular in Japan, their authentic taste is a bit different. Also, exploring the South Korean power spot, "Gyeongbokgung" and trying on traditional Hanbok dresses along with experiencing a South Korean tea ceremony, taught them the ways of the culture. A climax of the trip was when everyone dressed in hanboks featuring beautiful patterns, resembling actors of Korean historical dramas!