Have you ever seen a flying penguin? Of course, penguins can't fly, but they swim perfectly underwater like they are flying. On land, penguins walk similar to a human toddler (their kanji 人鳥 means human bird). In the water, they catch food and run away from their natural enemies. Although they seem cute and funny, they live wildly in the rugged nature of Antarctica. Now, you can become a Marine Biologist and learn the secrets of the penguins! 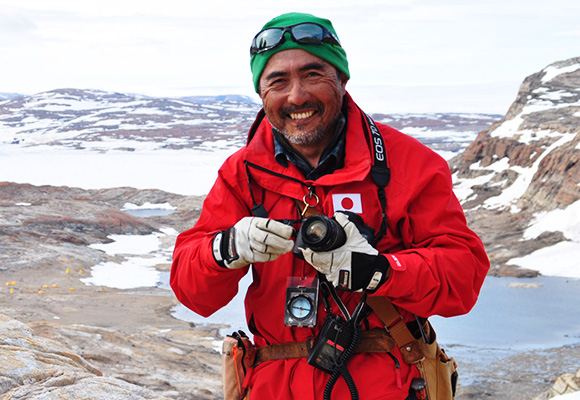 Born in Chiba in 1954. Director of Public Relations Office, National Institute of Polar Research. Graduated from Department of Geology and Minerals, Faculty of Science at Hokkaido University in 1978. Graduated from Hokkaido University, Graduate School of Science in 1986. Graduated from New South Wales University, Australia in 1987. He has served as a professor of the National Institute of Polar Research Geosciences Department, and heads the Public Relations Office of the National Institute of Polar Research and Systems Research Organization since 2016. Since 1981, he has participated in the Antarctic expedition 11 times in total, including the Japanese and Australian observation teams. He's participated as a wintering team member, spending about one year in Antarctica, and he also serves as a captain of the 58th Antarctic Regional Observatory.